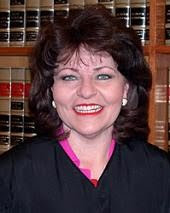 What if one person decided that you, and all the people you work with, suddenly owed thousands of dollars?

What if that same person decided that the work you do should not even be called a profession?

How would you react?

In a strange case of reality writing better stories than Hollywood screenwriters, one such person actually exists.

Lee Storey, on the other hand, is a water rights lawyer from Arizona. After 15 years of marriage, Mrs Storey found out that her husband was keeping a secret. Mrs Storey discovered that, in the 1960s, Mr Storey had been part of the quasi-right-wing-religious-cult-music-group 'Up With People'. 'Up With People' became famous for touring their group of fresh-faced wholesome American youth, who also just happened to have conservative political and religious beliefs, around the country to sing about good old fashioned values and morality. They were actually parodied in the brilliant mock-umentary film 'A Mighty Mind'.

Now, though her husband had distanced himself from 'Up With People' due to their 'interesting' beliefs around organised marriage and marital sex, Mrs Storey knew this was a tale that needed to be told.

With no experience, Mrs Storey set about producing and directing a documentary telling the story of her husband and 'Up With People'. In 2009, despite having to learn filmmaking from scratch, Mrs Storey finished her film: 'Smile Till It Hurts - The 'Up With People Story'. http://www.youtube.com/watch?v=FWgXAuFmU3M

Then, in March 2011, the audit turned into a tax trial. During the trial in the United States Tax Court, Judge Kroupa made a statement that made every documentary maker break out into a cold sweat.

Judge Kroupa's contention, which would then be the view of the tax authorities in the United States, is that documentary filmmaking is therefore a not-for-profit venture and holds the tax status of a HOBBY.

Production expenses incurred for a hobby, are not tax deductible. If this view were to be upheld, Mrs Storey, and many other documentary filmmakers, would owe hundreds of thousands of dollars in back taxes and penalties to the United States tax authorities.

All because a conservative judge, with no film production experience and therefore no understanding of the time it effort it takes to finish a film, believes that there is no profit motive in making a documentary.

And apparently, Mrs Storey is not the first to experience this.

But at least, for this filmmaker, his case was restricted to his own personal finances. Judge Kroupa has decided that her case will determine whether all documentary films can be considered a for-profit exercise.

Where does she get off?

Any documentary filmmaker, even some I know of that work for a charity, will tell you that they ABSOLUTELY want to make a profit.

But that's not actually the point.

The point is that the logic of Judge Kroupa's contention is wafer thin. Regardless of what I know to be the perspective of actual filmmakers, does she honestly believe that anyone putting their blood and sweat into finishing a film for YEARS, then doesn't want it to make any money? On what planet?

How else are they meant to live and make more films?

Filmmaking is a lot like oil prospecting. The investment is huge and a dry well can happen easily. The result is a bust and a lot of financial loss. But, if you strike oil, the returns can be substantial.

Would anyone in their right mind say that oil prospectors are not motivated by profit?

Do oil prospectors quit when they find one well?

No. And neither do filmmakers. They use the profit they make to eat, create jobs and create more films that entertain, educate and inspire.

But I am sure Judge Kroupa knows all of this, being a Federal Taxation Judge.

Seriously, you couldn't make this stuff up.

- - - - - - - - -
GET THIS WHIMSICALLY OPTIMISTIC NEWSLETTER STRAIGHT TO YOUR EMAIL. http://www.openingactfilms.com/subscribecontact-us.html
Posted by Pete Ireland at 3:27 AM