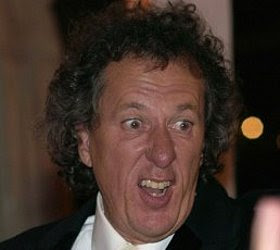 During a talk from a director who's debut feature film opened at Sundance this year, I heard someone whispering to someone else, on my right, with a voice that seemed oddly familiar.

I looked over and realised I was sitting directly across the aisle from Mr Rush.

I played it cool. I mean, how often do you sit next to an Oscar winner?

When I stole a glance the second time, I noticed it.

And I remembered something from an episode of the TV Series 'Entourage' on this very subject. One of the characters in Entourage claims "the bigger the head, the bigger the star".

The simple logic of this statement is that a bigger head means an easier to perceive performance on camera and therefore bigger film industry success. Fairly straightforward, really.

It's funny how often, in the film world, the best answer is often the simplest.

So, you need to capture an actor's facial performance better? Find an actor with a bigger head!

Mr Rush actually illuminated this point on simplicity best when he spoke on stage. He was asked about acting, with a special focus on the difference between comedic and dramatic acting. He stood up and played out a brief scene. A man comes into the room and answers the telephone with a straight/slightly concerned face.

The very essence of dramatic acting.

"And how to do comedy acting then?", Mr Rush was asked.

His answer was a perfect example of keeping it simple. He said:

"Well, you do exactly the same thing, but you do it with your eyebrows raised."

Then he played the whole scene again with his eyebrows raised. And it was funny. Somehow, that simple act made it funny.

For filmmakers, creatives and the general population, Mr Rush's performance demonstrates sage advice. We often make simple things far too complicated, especially in a script or film. In truth, however, it is the small simple moments (a frown, a smile, a raised eyebrow) that are often the the things we remember most, and the difference between a film we know and a film we love.

It is a principle that is definitely worth carrying into your film, script, book, painting, song, etc etc etc.

People may disagree with Mr Rush's simple 'raised eyebrow' acting advice, but it's hard to argue with an Oscar winner.

Even if he does have a freakishly large cranium.

- - - - - - - - -
GET THIS WHIMSICALLY OPTIMISTIC NEWSLETTER STRAIGHT TO YOUR EMAIL. http://www.openingactfilms.com/subscribecontact-us.html
Posted by Pete Ireland at 4:12 AM

OAFILMS NEWS - ANOTHER FESTIVAL SELECTION FOR 'THE GOOD NEIGHBOUR'! 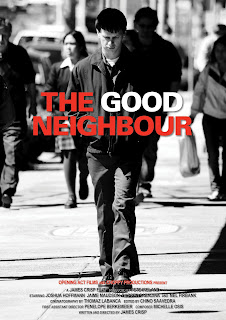 Starting to get on a bit of a roll. This time it is in a smaller festival gem in Victoria, Australia - The Warrambeen Film Festival.

Our Australian interstate debut for 'The Good Neighbour'!
Posted by Pete Ireland at 4:16 AM 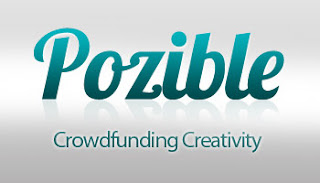 I got a free invite, and there was free beer. Just to give you some context.

It's amazing how free beer and wine can draw in a room full of creatives. Alcoholism or poverty?

In any case, a startup company, Pozible, hosted an event on 'crowdfunding' this week. Pozible, as it turns out, is a website that helps you run a 'crowdfunding' campaign.

For the unitiated, 'crowdfunding' is an idea 3 to 4 years old. Essentially, it is about offering rewards to people to get them to donate cash to your creative project. The cash you receive is then used to actually make the film/song/book, etc. The donator then receives their promised reward (e.g. a DVD copy of the completed film) when the creative work is completed.

For people in the USA, they have an almost identical website called 'Kickstarter'. Both websites do basically the same thing, but Pozible is better for those of us based in Australia and the Asia-Pacific.

But why is this relevant to you?

Well, 'crowdfunding' is the result of the wave of technology and social media changing all of our lives, enabling us in ways we thought previously impossible. Dreams are there for the taking, for the patient and impatient alike. There is no immunity to the future, only adaptation.

And that is the world that is evolving. Connected. Full of opportunity.

But with these opportunities comes a new form of uncertainty. The old rules are cast aside. How do we make the new world work?

To help answer this question, the Pozible team asked several people to talk about their successful (i.e. achieved their $ funding goal) funding campaigns. As they spoke, what became clear to me was, not for lack of effort, talent and intelligence, that these people were not really sure what it was that made their funding campaigns successful. Their success still had all the hallmarks of lightning in a bottle.

Is there a moral to this? In a manner of speaking, yes.

The Pozible guys are savvy. Their website has enabled creatives to raise, collectively, over $1 Million in funding for a large number of projects that would not have happened otherwise. In my view, they are a force for good.

Technology is opening up new frontiers. In the end, however, nobody really knows whether something will be a success or not.

So, be aware and open to wonderful new opportunities like Pozible, but never lose sight of the fact that your greatest opportunity is when a project is yours alone to craft and polish.

Make great work and the crowd will come.

- - - - - - - - -
GET THIS WHIMSICALLY OPTIMISTIC NEWSLETTER STRAIGHT TO YOUR EMAIL. http://www.openingactfilms.com/subscribecontact-us.html
Posted by Pete Ireland at 10:40 PM

STARTING OUT WITH A BANG 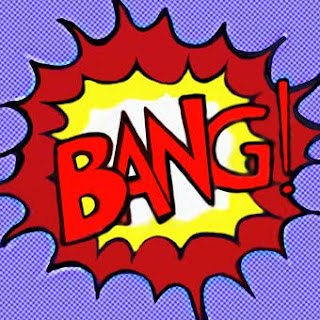 To be honest I wasn't sure you would all make it back. 2012 is the year it all ends after all. Or was the Mayan Calendar maker just lazy?

The first 'new thing' of the new year is always the most scrutinised. I often wonder if that poor baby who makes headlines for being 'the first born in 2012' just reached the peak of their entire lives at the age of 38 seconds.

To live up to any 'first of the new year' expectations you have for me is like catching a unicorn. By that I mean extraordinarily difficult, not awesome. Maybe it's both.

So, to do my best, I have three offerings for you: a revelation, an update and a gift.

I have to put the gift last. To keep you reading. It's an honour system.

The revelation: I've missed you.

I have been quietly looking forward to the return of 'Tales From the Opening Act'. You keep my mind sharp. Hopefully I can return the favour.

As you know, I like to make predictions. It is way more interesting and insightful than dwelling on the past.

So, how has my radar on prognosticating been?

In November, I said I thought it odd that Kodak took the time to respond to negative rumours and announced that everything was going great (http://www.openingactfilms.blogspot.com.au/2011/11/exaggeration_11.html). According to them, they were producing loads of film and things were on the right track. It seemed strange to me that they even took pains to make that announcement. Why bother?

The answer was MUCH faster than I expected.

In early January it was announced that Kodak was teetering on the edge of filing for Chapter 11 bankruptcy protection in the United States.

By late January, they were already there:

This does not mean they are bankrupt. It means they are at risk of becoming so, if they don't reorganise, and need protection from the people they owe money to coming to get them. So, they file for Chapter 11 Protection from their creditors. It may not be bankruptcy, but it certainly isn't good.

How did the company that INVENTED the digital camera get destroyed by it? Even the inventor of the 'Uzi' machine gun died of natural causes. Curious.

Finally, if you have made it this far, your gift.

Now, keep in mind this is a Film, TV and Media related newsletter. If you are expecting earrings, you may be disappointed.

In my travels, I came across an Academy and Emmy award winning professional-grade editing program, 'Lightworks'.

The software has over 20 years of history in the film and broadcast industries and you can download it for FREE at http://www.lightworksbeta.com/

Keep in mind that I paid $1400 for my Final Cut Pro film editing software, so free is a pretty good deal.

So, if you have a camera (even an iphone with a camera!), and a story to tell, now you have NO reason not to be shooting and editing it into your magnum opus in 2012.

With that in mind, I know 2012 will be a great year for us. Productive, challenging and fun.

It won't be perfect, but who has use for a unicorn these days anyway?

- - - - - - - - -
GET THIS WHIMSICALLY OPTIMISTIC NEWSLETTER STRAIGHT TO YOUR EMAIL. http://www.openingactfilms.com/subscribecontact-us.html
Posted by Pete Ireland at 10:03 PM 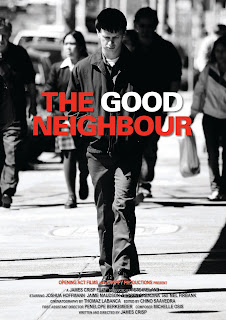 Great way to start the year at an excellent festival! We will be screening on Saturday 3rd March 2012.