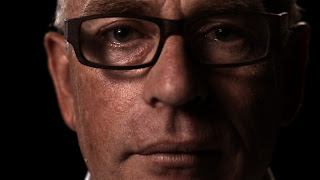 Our film, 'Part One: Love' has been nominated for best documentary at the St Kilda Film Festival.

This is a wonderful compliment to our film from an excellent festival that is dedicated to cultivating film culture and supporting filmmakers.

Fingers crossed on a win but, given how warmly we were received and how well the audience responded at our festival screening, it truly is just an honour to be nominated.

THE JUSTIFIED COMEUPPANCE OF THE PHONIES 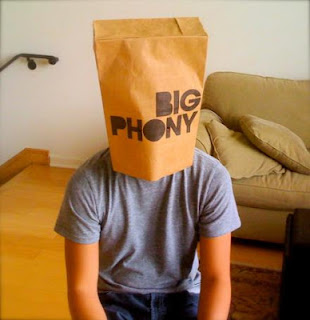 A heist has been uncovered.

It happened in plain sight.

And it all started with online video.

Online views are the new heroin, you see.

Ask anyone who has ever posted anything online.

You become addicted to watching the counters. You can't help it.

Do they love me?

As the great viewing revolution has evolved, and audiences move increasingly to online video, these simple metrics have become increasingly important.

Not just for your ego. For actual commerce.

Careers are being built on the foundation of online popularity.

How else did Psy become a worldwide success?

His music video, 'Gangnam Style' is the most watched video on Youtube, with 1.5 billion views.

The view counter, therefore, is becoming a symbol of how large your audience is.

Large audiences give established players (e.g. Hollywood studios) confidence in supporting you on your next piece of art.

And so careers are built.

But don't be fooled into thinking it's just about art.

There is plenty of money floating around too.

Psy is now a millionaire. 8 times over, in fact.

But it's not just for pop stars. Advertisers want to play too.

If you are getting annoyed with the constant pre-roll of advertising at the start of nearly every Youtube video these days, that is the work of the advertisers.

That's the deal you've made, I'm afraid. If you want video content for free, you have to make some concessions.

And trust me, it's not going away.

Advertisement partnering on online videos is seen as one of the key foundations of the future video-on-demand (VOD) models.

Producers like me will be counting on these models to make money from our work and create sustainable careers.

So yes, I watch the view counter too.

For the advertisers, the view count is everything.

It tells them that their ads are reaching eyeballs. Their whole world.

It's where the money is.

And it's the perfect target for a heist.

How do you corrupt this seemingly scientific model, based on tangible data like a view counter?

Believe it or not, you can artificially inflate the number of views of your work online.

But who would gain from this?

Some of the biggest media players in the business, that's who.

They gain both ways.

They make their product, whatever is the subject of the video, look popular and therefore easier to sell.

They also make it seem to advertisers that this video is worth partnering with, leading to a possible windfall from the revenue they get per ad, per view.

That's a winning each way bet. That's the heist.

But they got caught.

'Major record labels such as Universal, Sony/BMG, and RCA, were stripped by YouTube of over two billion views in the past month. Universal was hit the hardest, losing one billion views in the raid, and artists such as Michael Jackson, Chris Brown, Beyonce, and Avril Lavigne were all stripped of over 100 million phony views, violating YouTube's terms of service regarding view manipulation. In addition, videos from over 500 prominent channels were also stripped of views.'

The Young Turks provided a good analysis as well: http://www.youtube.com/watch?v=3hhhuuRGfaU&sns=fb

Yes, they were caught with the hand in the cookie jar.

And their behaviour makes it harder for the rest of us filmmakers.

It reduces the power of a strongly viewed video to act as proof that you can engage with an audience. If the views are faked, what audience is there really?

It diminishes trust from possible advertisers and jeopardises a possible revenue stream for filmmakers.

In short, the heist benefits them and harms the rest of us.

But it's not all bad news.

That they were caught out is the most important thing.

There is an old saying, "transparency is the best antiseptic".

This behaviour had to be exposed and eliminated.

To clear a path for artists who are genuine, talented and organic.

To make way for those artists who have genuinely engaged audiences and lifted their view count legitimately.

To open opportunities for those artists who can potentially live off of the advertising revenue because of their talent and connection to a genuine audience base.

Now that the game is not rigged, why couldn't that be you?

- - - - - - - - -
WANT TO COMMENT? THEN BECOME A SUBSCRIBER AND ALSO GET THIS WHIMSICALLY OPTIMISTIC NEWSLETTER STRAIGHT TO YOUR EMAIL. http://www.openingactfilms.com/contact-us.html
Posted by Opening Act Films at 10:27 PM 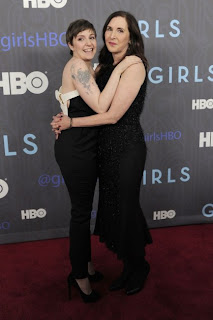 Yes, nepotism is alive and well in the film business.

Is it any more or less than in other industries? Or does the film business just make it more visible?

One thing is clear. It's a tag no-one wants.

"You didn't earn this! Your success is only due to your famous lineage."

To artists in particular, this is an insult that burns deep.

Artists are supposed to struggle for their passion, you see.

Like soldiers, we toil anonymously in the trenches for our art.

And then, if we are lucky to survive the perils and the battles, we return home.

In honour and to glory.

The nepotism tag suggests that you have circumvented this process, somehow.

In some cases, unfortunately, the critics probably have a point.

I'm sure Rumer Willis is a lovely girl, but I am also certain I would've never heard of her if not for Bruce and Demi.

For other artists, the charge of Nepotism seems to be used as a metaphorical demerit badge.

Tall poppy syndrome is also rife in the film business.

And so it is with Lena Dunham.

For the uninitiated, Lena Dunham is the current 'overnight' success, as writer, director and star of the hit TV show, 'Girls'.

With its unique portrayal of modern women and relationships, 'Girls' has become somewhat of a cultural phenomenon.

Before the success of 'Girls', Lena came to attention as the writer, director and star of the low budget feature film 'Tiny Furniture'. The film won the Best Narrative Feature Film prize at the prestigious South by Southwest Film Festival, and went on to be theatrically released in the Unites States.

From 'Tiny Furniture', Ms Dunham's talent was recognised and the 'Girls' phenomenon followed shortly after.

And then, the criticism began.

Now, from her achievements thus far, you might think that Ms Dunham has earned her success; albeit rather quickly.

Apparently, not everyone agrees.

The most common of all criticism levelled at Ms Dunham was that of, you guessed it, nepotism.

This despite neither of her parents being Hollywood power players.

Apparently, it is enough to be considered nepotism just because her parents are wealthy and this allowed her the freedom to create her art and find success.

NEPOTISM (def'n): favours granted to family members regardless of merit.

Pardon my language, but I call "bullsh*t".

There is not a single artist on this planet who hasn't received help from somewhere.

What is crowdfunding but not one great hat to throw coins into?

But does that mean that Lena Dunham's success is not her own?

Did she receive support from her family? Of course!

Did she grow up in priviledge? Absolutely!

But, as you can tell from her achievements, Lena crafted her own success in the arts.

Could she be more humble?

But how would you respond when someone is inferring you haven't earned your success?

And this is where you can learn from Ms Dunham's experience.

When your success comes, and the criticism starts to rain down like pigeon excrement, know that this is another form of validation.

If you are not taking risks, if you are not challenging people in ways that make them uncomfortable and lash out, then you are not a successful artist.

You can't tear down a poppy, unless it is standing tall in the first place.

So just enjoy your success.

- - - - - - - - -
WANT TO COMMENT? THEN BECOME A SUBSCRIBER AND ALSO GET THIS WHIMSICALLY OPTIMISTIC NEWSLETTER STRAIGHT TO YOUR EMAIL. http://www.openingactfilms.com/contact-us.html
Posted by Opening Act Films at 1:13 AM

GAME OF THRONES vs PIRATES 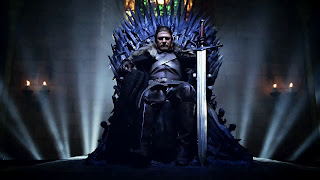 Now, before you 'geek out' on me, this is not a new spin-off of the HBO hit TV show, 'Game of Thrones'.

For the record, I think pirates would win. Muskets versus swords, you see.

But no, this is about Australia's latest great achievement. We're number 1!!

Unfortunately we are the number one, per capita, pirates of 'Game of Thrones'.

On pure volume of downloads, regardless of population size, we are still number three on the list, after the USA and United Kingdom.

We have always been known for overachieving, I guess.

Our achievement has not gone unnoticed. This week, the American Ambassador to Australia released a statement pleading with Australians to stop pirating the show.

He even suggested that Australia's traditional excuse for piracy, release delays, no longer holds water.

"While some people here used to claim that they used pirate sites only because of a delay in getting new episodes here, the show is now available from legitimate sources within hours of its broadcast in the United States," the Ambassador stated.

Now, to be clear, I'm a filmmaker and I DO NOT support piracy. I believe it is stealing, and will cripple our industry if it continues unabated.

On this issue, however, I must say I can understand why Australians pirate 'Game of Thrones'.

But no more than suggesting that Australians have had easy, legal access to 'Game of Thrones' in the past.

How is that a half-truth?

The HBO-Quickflix deal is only two weeks old.

For Australians, their only option to watch new episodes of 'Game of Thrones' instantly has been through a, quite expensive, Foxtel cable television subscription.

And not only is the Foxtel subscription expensive, but you also need to have a traditional television set-up to receive it.

So, for our hypothetical person who only wanted 'Game of Thrones', they now end up paying for an entire package of TV channels they didn't want.

And even then, with that added complication and expense, it is still screened on Foxtel three hours after the United States broadcast.

Is this a reasonable option?

Do Australians really have "no excuse" for pirating new episodes of 'Game of Thrones' prior to the Quickflix deal?

As much as it pains me, I don't agree.

In reality, the Ambassador's statement is misdirection.

The Foxtel option is complicated (have you ever tried getting cable or satellite TV connected?) and overpriced, while the ink on the Quickflix deal is only just drying. A reasonable person wouldn't suggest that this history left Australians with "no excuse".

And, come to think of it, why are these legal and convenient options to access 'Game of Thrones' only just being established?

Could it be that they were trying to prop up the extremely lucrative sales of DVD's in Australia at the expense of Australian fans of the show?

No, of course not, that would be silly.

But still, it was misdirection. Blaming the pirates distracts from the real issue: that the industry is not making the content people want easily and legally available.

I hate piracy, I truly do, but the industry is not doing enough to cleverly stomp it out.

We need an approach that incorporates extreme convenience for audiences to access and pay for their content, as well as prosecution of pirates.

And we need it soon, before it's too late to convert people back from piracy.

The pirates are strong. They have muskets.

We need to be smarter instead.

- - - - - - - - -
WANT TO COMMENT? THEN BECOME A SUBSCRIBER AND ALSO GET THIS WHIMSICALLY OPTIMISTIC NEWSLETTER STRAIGHT TO YOUR EMAIL. http://www.openingactfilms.com/contact-us.html
Posted by Opening Act Films at 11:16 PM