OAFILMS NEWS - 'The Good Neighbour' is off to America and is eligible for an IF Award nomination!! 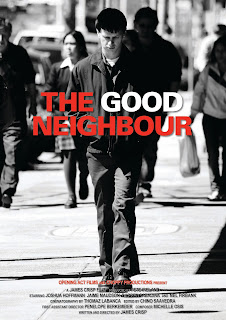 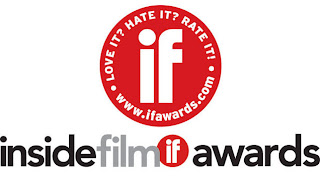 The Good Neighbour has been selected for the Rochester International Film Festival, which is the oldest continually running film festival in the world!

This will be The Good Neighbour's North American Premier, which is a fantastic next step for the film. We are screening on Saturday, April 21st, in the final session of the festival, at 8:00pm. Our Director, the one and only Mr James Crisp, will be representing the film there and collecting our 'Official Selection' trophy. Make us proud Crispy.

The screening at the Byron Bay Film Festival also went really well and the film was very well received. I made the trip to Byron for the screening and the feedback on all aspects of the film, the performances and the production values, was all really positive.

You should also know that The Good Neighbour is now eligible for an Inside Film Awards nomination! This is because of our screening at the wonderful Byron Bay Film Festival, and is something that you can influence by voting for the film online. For those who don't know, the IF Awards are one of the two main film awards on the Australian film calendar, the other being the Australian Academy Awards.

The IF Awards are open to voting from the public via the internet. To help our chances of being nominated, we have put a version of 'The Good Neighbour' online on Vimeo (http://vimeo.com/openingactfilms/the-good-neighbour-full) so that people can watch the film and then vote for it on the IF Awards website. Please note, the VIMEO site is password protected (password: THEGNFULL2011) to make sure we don't disqualify ourselves from screening in other festivals.

Please watch the film (if you haven't already seen it) and then rate the film at:

If we get enough good ratings, we can be IF Award nominated. Also, please feel free to PASS THIS ON TO YOUR FRIENDS!! Together, we might be able to win our film its biggest honour yet!