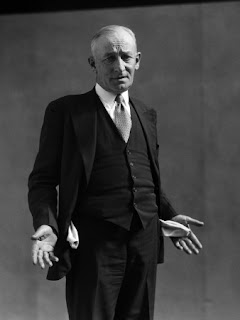 If I asked you right now, when was the 'Global Financial Crisis' (the GFC), what would you say?

Good, because it was officially 2008.

Five years ago, and yet we are still talking about it and, seemingly, still dealing with the consequences.

Having said that, not everyone is feeling that same pinch as you and I.

'All told, the Fortune 500 generated nearly $10.8 trillion in total revenues last year, up 10.5%. Total profits soared 81%. But guess who didn't benefit much from this giant wave of cash? Millions of U.S. workers stuck in a stagnant job market.'

'On Wall Street, setting up and running "Infrastructure Funds" is big business, with over $140 billion run by such banks as Goldman Sachs, Morgan Stanley, and Australian infrastructure specialist Macquarie. Goldman says it will be involved with "ownership and operation of public services, such as airports, toll roads and shipping ports, as well as power generation facilities, physical commodities and other commodities infrastructure components, both within and outside the United States." While the bank sees increased opportunity in "distressed assets" (ie. Cities and states gone broke because of the financial crisis), the bank also recognizes "reputational concerns with the manner in which these assets are being operated or held."

The funds themselves are clear when communicating with investors about why they are good investments -- a public asset is usually a monopoly.'

You get my point.

While the world at large still feels the effects, like the days after a questionable meal, a small minority has gone right back to business as usual.

So, why is there still this lingering shadow?

While I believe there is some level of politics involved, using the GFC as a hex sign to ward of difficult questions from a disgruntled public, there is also a fundamental fact worth noting.

'The financial crisis has caused the "emerging" and "developing" economies to replace "advanced" economies to lead global economic growth.'

This is more than just politicking. The inconvenient truth is that the global balance has shifted dramatically and I, for one, am not sure that it is ever coming back.

What does this shift mean?

That's a complicated question, but I believe the fundamental answer is 'sustainability'. Not just in environmental terms, but in the way our society fundamentally operates.

If an industry exists now that is built on survival principles of: enormous rapid growth; burgeoning customer numbers; and expansion via cheap debt (which so many industries in the 'Western/advanced/First World economies are), they are set to join the Dodo.

(Extinction, that is, for the youngsters who don't remember the bird.)

It just isn't going to work that way anymore. The businesses that build up in these unsustainable ways are all doing exactly what unsustainable businesses do: abandoning advanced countries to chase low wages (i.e. virtually slave labour) and low costs in developing countries.

What is left will actually have to be based on something tangible. Real customers. Real sales.

How is this different to the past?

Because the old way of operating was, pardon my French, based on bulls**t. So much of how our society evolved was based on lies, assumptions and, quite frankly, more lies.

By way of example, I give you the impact on advertising of the internet.

In this environment, broadcasters could charge a fortune for advertising time on their channels, because they knew that people were forced to watch the commercials.

That was regardless of whether people were really engaging with the advertising or not.

Leap forward to now and this false paradigm has been completely turned on its head by the internet. Now, online, we can actually check whether you engage with the advertising or not, based on whether you skip the advertisment, or click on it to get more information.

The fake and intangible way of doing things, based on lies and assumption, has given way to 'clickthroughs', data and tangible results.

This is the essence of sustainability. This is exactly where we are evolving towards.

Loose cash is not floating around like it used to. To convince someone to be in business with you, it is not enough to bombard them with your polished sales pitch. You have to show them something real. You have to do the work.

Put in the hours to develop your craft. Polish the script. Make a great film. Connect to a real audience.

And for the world outside of the film industry, the story is similar. Your work, no matter what it is, has to add real value to people's lives. If you are not adding value, you are a luxury, and very few of us have as much time for luxuries as we did during the era of cheap credit.

The good news is, for those willing to put in the work and actually think about how they contribute to the whole, there is plenty of opportunity.

But you have to be willing to put in the 10,000 hours it takes to get there. You have to stop taking for granted that you should just 'have a job' without thinking about whether your efforts are actually wanted or needed by anyone.

The GFC may be officially over, but the new paradigm it created is only just beginning.

Are you evolving with it?


- - - - - - - - -
WANT TO COMMENT? THEN BECOME A SUBSCRIBER AND ALSO GET THIS WHIMSICALLY OPTIMISTIC NEWSLETTER STRAIGHT TO YOUR EMAIL. http://www.openingactfilms.com/contact-us.html
Posted by Pete Ireland at 4:34 AM 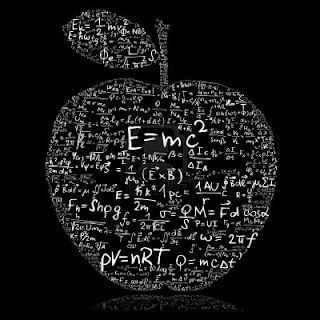 There is so much angst and hand wringing going on about the changing film and media landscape today, that you could be lulled into thinking that poverty has been solved in Africa, given the lack of relative air time.

No, no, the biggest problem we face is the evolving film and media industries. That's the albatross.

Give me a break.

Recently I was chatting to an active feature film producer over a beer. I'll spare you the intricate details, but his final conclusion was a wish that he had been born ten to fifteen years ago. This 'golden age' would have been optimal for his choice in lifestyle.

On some level, he is right. 1995 to 2005 was the utopia of the modern film era. Big money, big budgets, big sales of content. Nobody lost. Right?

The audience lost. You were being screwed, paying huge margins on DVDs that cost a tiny fraction of their retail price to produce. And oh, the money flowed.

From you, directly into Hollywood bank accounts.

And now, after years of being hoodwinked into overpaying for those shiny disks, you are expected to feel sorry for the film industry's economic problems? Why?

Why wouldn't audiences rebel against this Faustian pact when given the chance to get a digital copy for a 90% discount, or heaven forbid, for free? What loyalty have we built to our product?

Hint: the answer is the same as the number of people who think that celebrities are underpaid.

But where does that leave us? People want content. Filmmakers and visual storytellers want to create their art. Can't we all just get along?

Of course we can, but it starts with some truths.

First, the DVD market is never coming back. The bottom has fallen out and it is gone forever. Yes, there are still significant DVD (and Blu Ray) sales, but the numbers have been significantly deteriorating every year since 2009. These numbers will continue to deteriorate until the DVD is extinct.

Personally, I don't understand why this is a surprise. Getting your movies, TV and media quickly and cheaply online, with access to everything ever made, trumps ownership of a destructible disk. Hands down.

Second, we have to start rebuilding trust with our audiences. Overcharging a family of five for cinema tickets is not the answer. Neither is longing for a time when we could charge our audiences a 900% markup on a DVD.

Instead, we have to show our audiences that there is value in cinema and visual storytelling. We have to remind them that the experience engendered by film's blending of the visual, the written, and the aural arts is what makes it the supreme artistic medium and the greatest portal for exploration of the human condition.

By seeing the value in the art, audiences will comprehend the need to support the artists.

And finally, we need to understand that, despite the current tumult, the future of the film and content industries is based on an equation.

I grew tired of hearing the moaning and consternation about the opacity of the future of film and media, without any effort being directed to define the problem. So, rather than join the chorus of the damned, I instead present to you a model that attempts to capture the albatross. I call it simply, 'The Equation'.

Currently, 'The Equation' is unbalanced. The decline in DVD sales has been so enormous, and so rapid, that the other factors have not adjusted.

But eventually, evolution will occur. The promise of online is both boom and bust. Desert and oasis.

Online means that, instead of charging a small market a HUGE amount for a DVD, you charge a small amount for the online version. That's the bust, relative to the DVD selling 'golden age'. The upside, however, is that DVD's reach only markets, but with online you can reach the world. Suddenly, everyone with an internet connected device is a possible audience member, and lower price points means you can more realistically sell to a greater proportion of these people too.

You replace a fixed market of DVD sales with exponential rises in viewing by the 'mass' online.

The new paradigm also brings the promise of cost efficiencies for filmmakers, which will be essential to the industries' future health. I have covered this third element of 'The Equation' previously...

Unfortunately, the film industry is notoriously slow in accepting efficiencies, and this improvement has not taken hold.

So there you have it. A picture of the elements that make up the future of the film and content industries. Not a bleak armageddon, but a slowly evolving new model, with factors that are gradually rebalancing themselves.

Surely, this new found clarity should be welcomed with a warm embrace by filmmakers and visual storytellers alike?

No, the Producer informed me after another resigned sip of his beer. I had just spelled out 'The Equation' for him, and he didn't like it.

No. It would be much better to go back to the world ten to fifteen years ago.

Better for whom exactly?

For Producers. For him.

But not the audience?

There's just no helping some people.

- - - - - - - - -
WANT TO COMMENT? THEN BECOME A SUBSCRIBER AND ALSO GET THIS WHIMSICALLY OPTIMISTIC NEWSLETTER STRAIGHT TO YOUR EMAIL. http://www.openingactfilms.com/contact-us.html
Posted by Opening Act Films at 4:54 AM