At the end of September we discovered that our little film has continued to have a life, being nominated for Best Short Film at the 2019 ATOM Awards.

Since 1982, the ATOM Awards have been celebrating the best of Australian and New Zealand screen content.  They are the second-longest-running film and media awards in Australia, behind the AFI/AACTA Awards, having been held annually for over thirty-five years.

The film literally would not exist without the efforts and contributions of the entire cast and crew, and our cherished supporters, so this recognition of the film belongs to all of them.

Some photos from the night... 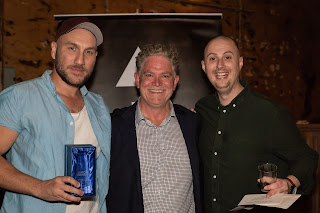 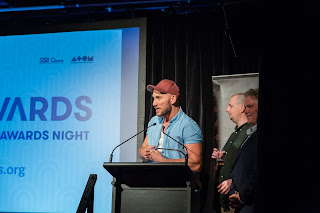 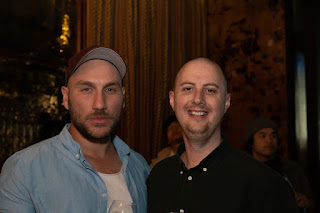 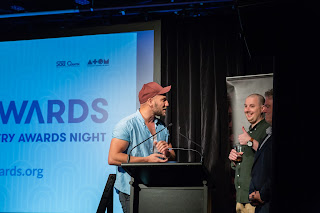 And, in additional good news, ATOM want to take Pilè on a national screening tour! The National Screenings Tour comprises of free screenings of recent ATOM Awards films across metropolitan and regional Australia and New Zealand throughout the year. In 2019, they screened at Bunjil Place in Narre Warren, Melbourne, Harmony Square in Dandenong, Macquarie Mall Urban Screen at Liverpool in Sydney, and at various schools across Australia.

So, Pilè will be delighting many more eyeballs for a while to come.

OA FILM NEWS - our film Pilè has been nominated for a 2019 ATOM Award! 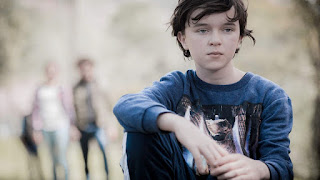 I've been doing this weird thing - I believe it's pronounced "living" - lately, so I haven't been very active on socials. To come back with a humblebrag is likely a mortal sin, but if it means I can also say a big thank you to all who supported and made our film Pilè possible, then it's worth it.

And with that, some lovely news - Pilè has been nominated for 'Best Short Fiction Film' at the 2019 ATOM Awards!

A very sincere thank you to everyone who helped make the film and a non-ironic slow clap to our talented writer/director Tony Radevski for allowing this idea to gestate, burst from his chest, and then lurk in the cavernous space ship halls of people's brain cavities.