MERRY XMAS AND A HAPPY NEW YEAR!! (PLUS SOME GIFTS AND A LITTLE ADVICE FROM WOODY ALLEN) 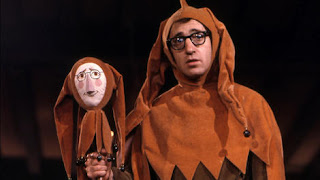 I hope you had a wonderful Xmas day with friends and loved ones.

Playing my part, there are some Xmas gifts for you sprinkled throughout this newsletter, but you'll have to keep reading to find them.

I also want to take the chance to wish you a happy and safe start to the new year.

Getting a running start to the new year is something many people aspire to and few succeed in. Too many hangovers and social gatherings.

But I thought, for the last Opening Act Films Newsletter of 2012, I could share something that might help you get inspired for a big start to 2013.

It comes straight from the mouth of Woody Allen, and a little of my own experience.

You see, I have been to a few festivals with my films and I can honestly tell you there is one immutable truth:

But meeting him briefly has had NO impact on my career whatsoever.

That doesn't disappoint me. That is the way it should be.

The great filmmakers became household names, not because of who they knew, but because their work amazed audiences to the point that they wanted to know who created this art. Contacts help, but talent shines through.

What would you even say to Steven Spielberg if you got into a conversation?

"Hi, I have an idea for a script that I wrote down on a napkin and have not bothered to develop or even write a script for. Can you please give me a career?"

But what if you met Mr Spielberg after an acclaimed screening of your first low budget feature film at the Sundance Film Festival? How much better would the conversation be then?

Your work speaks for itself.

But don't just take my word for it.

One of the modern auteurs, Woody Allen, says the same thing.

'Unlike other Hollywood patrons, Allen does not claim to know the secret to filmmaking success, instead his main advice is, “it’s only the work that counts."'

The wonderful part of all of this, for you, is that the tools to make a film, or even just be generally creative, are at your disposal right now.

If you are worried that you do not have the skills or knowledge to get started, there are educational books on your creative interest, e.g. screenwriting, available free in most public libraries.

So, that covers your knowledge and the script to get started, but what about all that expensive equipment you need to actually shoot and edit the film?

Would you believe me if I told you can shoot and edit the film with what you have right now?

Smartphone cameras have now reached a standard that they can be used to shoot high quality video, with amazing results. Read this iphone 4s camera review for proof:

There is also a free video editing program, 'Lightworks', that has been used on major Hollywood films and that you can download for yourself.

So, now you have film knowledge, a script, camera and editing software.

All that is left is for you to get started.

What are you waiting for?

PS: AS USUAL, 'TALES FROM THE OPENING ACT' WILL BE GOING ON HOLIDAYS FOR ALL OF JANUARY 2013. BUT DON'T WORRY, IT WILL BE BACK, BETTER AND MORE PUNCTUAL THAN EVER, IN FEBRUARY 2013. HAVE A SAFE AND RESTFUL HOLIDAY SEASON!!!!! CHEERIO, PETE

- - - - - - - - -
WANT TO COMMENT? THEN BECOME A SUBSCRIBER AND ALSO GET THIS WHIMSICALLY OPTIMISTIC NEWSLETTER STRAIGHT TO YOUR EMAIL. http://www.openingactfilms.com/contact-us.html
Posted by Pete Ireland at 4:24 PM

OAFILMS NEWS - 'Part One: Love' goes international and is selected for a major film festival in Melbourne! 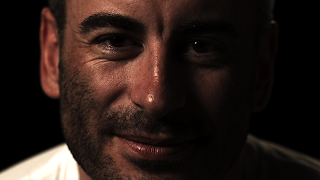 Since our very well received screening at The Antenna Documentary Festival in October 2012 (http://antennafestival.org/), 'Part One: Love' has been selected for 3 more excellent film festivals, including its international debut. Given the subject of the film is particularly relevant to the Gay and Lesbian (LGBT) Community, it has been wonderful to see it also embraced by both LGBT and non-LGBT audiences alike.

After the Antenna screening, we quickly rolled into a November festival selection and screening in the Sandfly Film Festival (http://www.sandflyfilmfestival.com/). Our producer, Pete Ireland, attended the Sandfly Festival gala night in Jervis Bay and can testify to the wonderful audience reaction to the film.

The film also had its first international selection in November, as one of 5 finalists in the Holebi Gay and Lesbian Film Festival in Belgium (http://www.holebifilmfestival.be/short/). Unfortunately, we could not attend, nor did we win the major prize, however the festival Director, Maarten, sent us an email saying: 'I think the film was received well by our audience, and many were touched by the honest testimonials.' Hopefully this is just the start of the film's international journey.

Since then, we have received word that the film has been selected for the 23rd Melbourne Queer Film Festival (http://www.mqff.com.au) in March. This is really terrific news because MQFF is the largest queer film festival in the Southern Hemisphere, as well as being the second largest film festival in Victoria. In its 23rd edition, it is also one of the oldest queer film festivals in the world. The festival is in Melbourne from 14 - 25 March, 2013. Perhaps we will see you there.