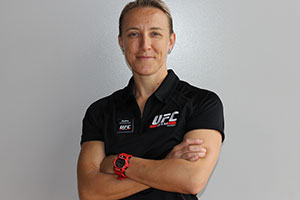 Why do we even tell stories?

What could be a more pointless exercise than stringing together loose data points into a narrative thread?

For what? To make a simpleton smile? A teenager unplug?

A senseless exercise in vanity.

Take TEDxSydney, which ran last week. An entire day organised around giving speeches, on subjects very few people know of, or have the temerity to pretend they care about. Who really benefits? The audience, sat for hours in stupor, or the egos of the talking heads?

It started at 8:30am. Who in god's name thought that was a good idea?

And the last speech finished at 6ish. A whopping ten hours of rabble. Uncivilised.

Mercifully close to the conclusion, the last speaker of the day walked briskly to the stage. A young female kickboxer and UFC trainer. What could we possibly desire to absorb from this person? Who the hell is Nadine Champion anyway?

Then Ms Champion began to speak.

She articulated the desire of a fighter. Not for violence but to truly learn who they are. Unequivocally.

The years of struggle and training, under a neurotic and sometimes cruel sensei, were narrated eloquently.

Wisdom was imparted, but with a subtle hand, through the insight of her years of mastering the physical, the mental and the emotional. Of balancing mind and body.

And at this point, when it seemed she might conclude gracefully, like a figure skater who sweeps to a final pose, Ms Champion looked out to the Opera House crowd, and instead evocatively described her greatest battle. With cancer.

We journeyed through the emotional and physical turmoil of chemotherapy. All of us, collectively, were with Nadine in her moment of greatest vulnerability, recounted so vividly; breaking in to tears when weakened and alone in the hospital.

We saw courage, or at least thought we had. We were wrong. That was to come.

Suddenly, Ms Champion peered into the faces of her audience and issued a challenge. To herself. A man appeared. Dressed in martial artist's apparel.

Carrying a thick wooden board.

Breaking boards, we were told, is the way that martial artists demonstrate their skill, strength, and self-belief. For Ms Champion however, 18 months of dealing with cancer meant that she had not performed this action in some time. Not since before her treatment began, in fact.

But she was going to do it live, now. Unrehearsed. Through her fear of failing in real time, on stage. Past any doubt that she may no longer be able to complete this feat.

Nadine took up her stance before the wooden board. The man holding it out braced himself.

She turned back to the crowd. "If you're in this with me" Nadine said, "if you're willing this to work for me...can you hold your hand straight up..."

2000 hands, the entire audience in attendance at the Opera House, raised in unison. Nadine began to cry.

..."and hold it there as I try." she forced out through tears.

The board was raised again. Nadine took up her stance. Her breathing became regulated.

Absolute silence reigned. In this cavernous, crowded room, we were all in the moment together.

The pace increased. The will for her to succeed was palpable. The crowd's arms raised and held with purpose.

She struck out. A yell. The crack of wood.

The board splintered in two.

And the audience...erupted. Cheers. Applause. A standing ovation.

Nadine cried. Overwhelmed. We cried with her.

This was a glimpse of true humanity. A sliver of time that we, the people in that room, shared with Nadine and each other. Magic.

That's the power of a story.

It's true, like so many of life's conceits, storytelling may at times seem utterly pointless. Impractical.

The name is irrelevant.

Something is awakened in you. A stirring in a place that is outside of reason. Beyond the verifiable. Metaphysical.

You suddenly understand beauty. And suffering. And joy. It makes you want to call someone close to you, just to be connected. To feel.

It is the moment in time that you first feel elation from a poignant song, or are crushed by the ending of a film. That you cry over characters in a beloved book, or are moved to leap from your seat at the end of a performance.

One such moment happened last Thursday.

And it will be with me, for the rest of my life.

For those of you interested in seeing Nadine's talk, you can see a sample of it here, or the full talk here (scroll right to the end of the faces and click on Nadine Champion).

http://www.openingactfilms.com/contact-us.html
Posted by Unknown at 11:48 PM