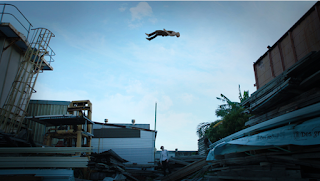 So much has been happening here at Opening Act Films, we've simply not had the time to talk about it. Fishing, rather than talking about fish, so to speak.

So, for the curious of heart about what we've been up to, here are the highlights for 2017 at Opening Act Films:

- In early January, our film 'Dedo' screened at the Oscar-accredited film festival, Flickerfest (LINK)
- Then, in late January, 'Dedo' had its broadcast premiere on the ABC in Australia (LINK)
- Keeping rolling in January, we announced the completion of our film '12.12.12' (LINK)
- By April, it was time for the cast and crew screening of our new film 'Pilè'
- Our founder, Pete Ireland, had his 35th birthday in June, around the same time we were informed our film 'Pilè' had been pre-selected for the Venice Film Festival. A huge honour, despite the fact we didn't eventually make the final festival selection.
- In July, we were thrilled to be selected for Screen Australia funding and development of our long form concept (in collaboration with our friend Tony Radevski at Runtime Pictures) 'Risen' (LINK)
- Shortly after, in September, we received word that our film 'Pilè' had been selected for the 24th Oldenburg International Film Festival, described as 'Top Five Film Festivals worldwide' by the Ultimate Festival Guide, voted one of the '25 Coolest Film Festivals in the World' by Moviemaker Magazine, and labelled 'the German Sundance' by the Hollywood Reporter (LINK)
- In October, 'Pilè' screened at the 12th Annual Macedonian Film Festival in Toronto, Canada
- Also in October, we rolled into production on a five day shoot for the 'Risen' short film/pilot.
- In November we started assembling a brilliant cast for our new project 'Romp' (in collaboration with our friend Tonnette Stanford) (LINK)
- Then, in December we were delighted to hear 'Pilè' has been selected for the Oscar-accredited short film festival, Flickerfest, screening on Sunday 14 January, 2018. (LINK)

It's been an incredible year of highs and lows. Thanks to every one of our collaborators and supporters for making 2017 a true creative adventure.
Posted by Opening Act Films at 5:50 AM

My goodness, where has the time gone?

The last time we gave you news from Opening Act Films, Donald Trump wasn't yet president. What a time to be alive.

So, to get you up to speed, here are the highlights for what our 2016 looked like at Opening Act Films:

- In March, we held the cast and crew screening for our new film, 'Dedo', which SBS Radio also attended (LINK)
- In early April, we started production on our new film '12.12.12'
- Also in April, I was interviewed in the Western Weekender newspaper about our new film '12.12.12' (LINK)
- Still in April, our film 'Chip' was selected for 58th Rochester International Film Festival in Rochester, New York. For the festival I was interviewed on NPR Rochester radio (LINK)
- Upon returning from the U.S. we launched a successful crowdfunding campaign for our new film 'Pilè' which eventually raised $16K
- In June, our friend and collaborator on 'Dedo' and 'Pilè', Tony Radevski, was interviewed by SBS Radio about our two films (LINK)
- From August, we started pre-production on 'Pilè', including the difficult task of finding a regional location
- In October, we held the cast and crew screening for '12.12.12', which was a roaring success
- Later in October, we had a three day, intense, location-based film shoot for 'Pilè' in the Wolgan Valley
- Finally, in December, we were excited to find out 'Dedo' had been selected for the Oscar-accredited short film festival, Flickerfest. (LINK)

All told, between shooting two films, a U.S. trip for a film festival, and life in general, 2016 was seismic in proportions.