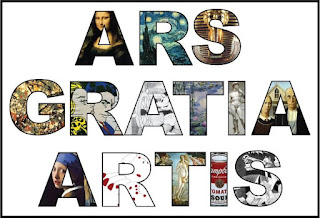 Some home truths for you.

In 2016, the Government of New South Wales has allocated $1.6 billion for sporting stadium refurbishments.

'That allocation will include $350 million for a new stadium at Parramatta, $450 million for a refurbishment of Allianz Stadium and $700 million to turn ANZ Stadium into a permanent 75,000-seat rectangular stadium.'

Around the same time, the same Government announced that an additional $20 million would be set-aside for screen production in NSW. The idea, as the Government spokesperson puts it, is to ask:

"Why can't we make the next Star Wars episode here?...Why can't we bring Game of Thrones here?"

But yes, we'll secure all of that with an extra $20 million in the bank. Right.

There is a broader question at issue here, however.

The announcement of an extra $20 million in funding for the screen arts is cause for celebration, no doubt. But to have the funds instantly committed to the competitive pursuit of attracting productions we don't own the rights to; and therefore won't profit from?

A cigarette to my helium balloon.

"But these international productions will mean jobs for our film and TV industry technicians!"

(SIDE NOTE: it's always funny to hear conservative politicians justify giving public money to Hollywood studios because it will create jobs. Something about the glamour of the film business suddenly turns right-wing public servants into socialists.)

I could rejoinder this broad, economic brush-stroke of 'job creation' with a long analysis of the cost-benefit of these international film/TV production cash subsidies.

But such a long-winded analysis is unnecessary. Throwing huge wads of taxpayer money at billionaire entertainment corporations so they (temporarily) hire our film workers, then leave and reap the rewards of owning the IP, doesn't pass a basic common sense test. It would be like China paying Apple to set-up an iPhone sweat-shop for 6 months.

So, I will leave you instead, with the simple notion that the black-box "positivity" accounting involved in these large 'one-off' international film and TV production subsidies, is dubious at best.

You may be wondering then, how does a sports stadium become prioritised in the public consciousness, over the screen arts, to the tune of 17 times more funding in this particular case?

Is it because sports are events that generate so much revenue and public benefit?

Well, if that were the case, it would only strengthen the argument that the Arts are not receiving their fair share of the pie. Or, as one writer put it:

'More than 18 million Australians buy tickets to live shows every year. That’s more than attend all sport in this nation. By this statistic, sport is for elitists and the arts are for everyone.'

The funding deficit is not logical, then. It's idealogical. The home truth I promised you, it lives here:

Art has no right to exist.

Of course I want art to exist. We all do.

Art, unequivocally, is the glue that holds our bonds of civilisation together.

But still, be it dance, or film, or writing, or painting - whatever your cultural vice may be - art has no right to exist.

Art needs angels. It must be spoken for. Willed into being.

Either spawned through the harmonised chorus of your desire, and the skill of artist who's work moves your dial...

...or extinguished, by the collective silence, roughly the size of a crowded sports stadium.

I just have to shake my head at the state of affairs sometimes. Despite all that we know and love, what kind of society are we building here?

- - - - - - - - -
WANT TO COMMENT? THEN BECOME A SUBSCRIBER AND ALSO GET THIS WHIMSICALLY OPTIMISTIC NEWSLETTER STRAIGHT TO YOUR EMAIL.
http://www.openingactfilms.com/contact-us.html
Posted by Unknown at 6:12 AM

Nobody watches the movies anymore.

TV hit cinema over the head with a shovel, and the booming experience economy buried the body in lime.

Do I really believe that film has met its gruesome end? Not really.

My perspective doesn't stop this mythology from propagating though. The once unshakeable identity of the cinephiles has cracked like a Hollywood footpath. Weeds of pernicious doubt grow though.

And yet, it's a fool's errand to argue that viewing habits aren't changing. The "millennials" (oh, how I loathe that aggregation) have voted with their wallets, making the focus all about 'experiences' over possessions. Three calls of the crow over consumer culture.

Could a generational value shift really signal the end of the theatrical movie industry? Has the one-off delight of film fallen so far behind the serialised commitment of episodic television?

To be honest, it's hard to say. Billions are still being made in the film business, but millions are flocking to the boob tube. Piracy warrants a mention here too, in so much as its absence would likely make the playing field level and comparisons less opaque.

Alas, a larceny free digital world is a lost Eutopia.

So, mired in the abundance of doubt and risk, we stand pat. Atrophy with stoicism rather than evolve with conviction. All the while the audience changes in many ways except one...

...the appetite for great stories.

Still, the question lingers. As the delivery of feature-length cinema remains relatively unchanged over 100 years, can we refine the experience?

There are convenient answers. 3D, with its expensive trickery and borderline eye-strain. Event cinema, where a live event/performance is simulcast to a cinema audience. Perhaps even VR, which I would argue is actually an entirely different mode of visual storytelling altogether. Far more a cousin than a sibling.

At this impasse, with the cupboard of solutions seemingly laid bare, none of the above ideas have stemmed the long-term trend of diminishing ticket sales.

But do not abandon hope.

There are pioneers out there still. Experimenting. Tinkering. These renegades have realised that perhaps, if enhancing the 'audience experience' is the key, the innovation is not so much needed on screen as at the once untouchable unicorn of the film release chain: the ticket booth.

Launched for the release of 'Pacific Rim', the US$25 ticket bought cinemagoers their movie ticket, plus a HD digital download of the film. A simple, yet interesting value add.

'Transformers - Age of Extinction' was the 'Superticket' follow up, this time offering a cinema ticket and a digital download of one of the previous Transformers films. This attempt is even more intriguing for its intention to create 'fandom' via exposure to the previous films in the franchise.

Not to be outdone, Paramount Pictures launched the 'Megaticket' for the Brad Pitt zombie film 'World War Z'. For US$50, audience members receive their cinema ticket, small popcorn, custom 'World War Z' 3D glasses, a limited edition poster, AND a digital download of the film. Without a franchise to rely on, this version of the bundled ticket concept is clearly a 'shock and awe' merchandise assault.

Unfortunately, with a binary approach such as this, there is a natural limit to what a bundled ticket can offer a potential audience member. At a certain point, adding more swag to the transaction, for a higher price, simply becomes a classic consumer endeavour.

Here is where evolution is needed.

What higher plane could we mature the 'superticket' to, with some directed empathy and creativity?

Could you, for instance, segment and activate a legion of "superfans", along genre, actor, director, production company or franchise lines? From there, a 'superfan engagement' (their words) company like ZinePak could create "fan experiences", combining unique fan merchandise with cinema and home entertainment.

I know that sounds like the winning ticket for buzzword bingo, but there are already existing models for how this can work in reality. Apple deliberately stages the iphone boxing so that it excites as you progress. In the art world, indie musician Jonathan Coulton created a "fan experience" for his latest album, where each stage of the unboxing was planned to be mysterious, engaging and fun; i.e. the complete antithesis of the modern music download era.

What if we're not thinking big enough, still?

So many of the methods for audience engagement already exist, what if we simply brought them into a beautiful marriage of story, event and memento?

You start with a horror film 'A'.

You've heard about the film and want to see it.

You register for the film and you receive a mystery box. As you open the box each section reveals something interesting about the story world. The items within are unique and personalised from the filmmakers to you.

In the bottom section of the box, there are two tshirts. You have a choice to make. Do you wear the red shirt to the premiere? Or the black shirt? A small envelope contains a message to text your answer to a mysterious number. In response, you receive the address of the screening location.

Your ticket, also in the box, is in the form of a wristband with an RFID chip embedded in it.

You head to the screening, having chosen to wear the black shirt, and find that there is an interactive event at the screening location. Your tshirt, as well as being a souvenir, affects the way you enter the film screening via the interactive experience. The RFID ticket wristband, when scanned, instantly uploads your photo to your social media and lets the community of fans know you are part of the special premiere event.

In this environment of total immersion, the film has heightened emotional tension and transcends to a sensory experience. The filmmakers are there too, to thank you and answer your questions. Amazing.

On the way out of the theatre, you receive a final mystery box, with a commemorative memento of the experience, and another RFID wristband ticket. This one, can be activated online for a friend you bring along at the repeat screening, and you get to come along to the event for free...wearing the red shirt this time.

Best of all, the RFID wristband and the online registration are all part of a broader gamification (I've written about this before), where you earn pins, unlock achievements and earn status in the community of fans for this filmmaker/actor/genre/production company/film festival/cinema chain/etc.

A hotel in Ibiza used the RFID wristbands to create a completely socially connected party event. At the beginning of the tourist season, the club had 4,000 fans on its Facebook page. By the end of season it had close to 70,000.

Vail Resorts went from the also-ran of ski resorts, to the most talked about in the skiing community, after they introduced a gamification achievement system (using a combination of smart phones and RFID). The system allows skiers to record their achievements, earning points, winning badges, and unlocking pins based on their actual skiing adventures.

Oh, and let's not forget the massive 100,000 tickets sold for the 'Star Wars-Empire Strikes Back' immersive event in London.

The tools are there.

We don't need to reinvent the art form of cinema to reinvigorate time-poor audiences' passion for our medium.

The answer is not softer chairs, or more buttery popcorn.

It's quite simple. For the first time in 100 years we have to finally do something we've neglected.

- - - - - - - - -
WANT TO COMMENT? THEN BECOME A SUBSCRIBER AND ALSO GET THIS WHIMSICALLY OPTIMISTIC NEWSLETTER STRAIGHT TO YOUR EMAIL.
http://www.openingactfilms.com/contact-us.html
Posted by Unknown at 5:34 AM