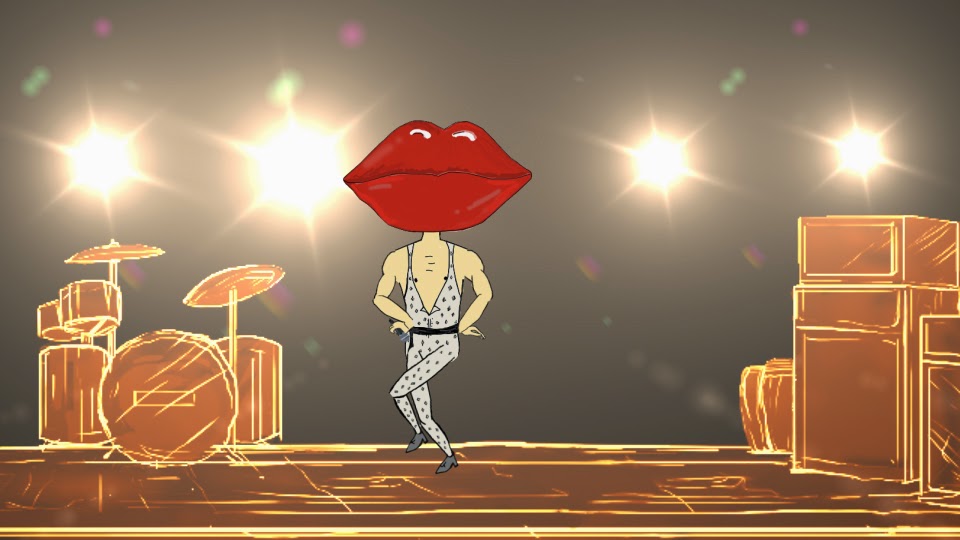 'Chip' has been officially selected to screen at the 2015 Byron Bay International Film Festival.

Byron is an excellent festival, with strong industry ties, engaged audiences, and a supportive atmosphere for filmmakers; so we are delighted to be accepted.

The director, Pete Ireland, will be attending the screening at 7:30pm on Monday 9th March. Please feel free to come and say hello if you are there.
Posted by Opening Act Films at 9:35 PM

HE'S A MYSTERY MAN, THAT STAN 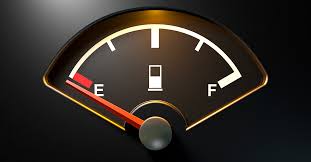 Subscription-based, streaming video services have finally arrived in Australia in 2015.

We were the last great frontier. The developing world doesn't yet have the required technological infrastructure, so we were the gold nugget. The prospector's fantasy.

No more DVD's. No more paying high prices for digital ownership. Whatever movies and TV shows you want, when you want them. On whatever device you like: phone, TV, ipad, whatever.

To top it off, as an audience member, you now have multiple subscription video providers available: Foxtel's 'Presto', Fairfax's 'Stan', the Australian stalwart 'Quicklix', and the US juggernaut 'Netflix' (arriving in March 2015).

If only it all worked as advertised.

And, once again, when it comes to gaining access to the conveniences of the future, Australia has pulled the short straw.

There are notable flaws in each service (aside from Netflix, which hasn't arrived yet) that bear delineating, but the overwhelming theme you need to know is this:

There is barely any content in these services worth the asking price.

Let's start with Foxtel's 'Presto'. I had a delightful conversation recently, regarding the launch of Presto, with a Senior Executive from Foxtel. A really delightful person, who genuinely cares about audience curation and supporting filmmakers. I suggested that, from my research, the exposed skeleton of 'Presto' had barely enough content to keep a person subscribed longer than three months.

The answer was refreshingly candid. The executive said, "I wouldn't pay for the service myself."

On to 'Quickflix'. Aside from the rather glaring red flag that 'Quickflix' still puts significant efforts into its DVD mailing service, a simple check also reveals that the content on their streaming service can best be described as...minimalist.

Couple this dearth of content with the galling fact that 'Quickflix' offers newer 'Premium' content, for example the latest 'Walking Dead' TV series, however you have to pay an additional $45 (!) to get access to it. How could a paid-up, long-term subscriber take this two-tiered content delineation as anything but a slap in the face?

Which leads us to the shadowy figure of Australian streaming, known only as 'Stan'.

'Stan' likes to play hard to get. Peruse the 'Stan' website, and you soon realise that the company would like your credit card details, for your 'free trial', without providing any detail of what is in the film and TV catalogue.

Don't believe me? Check it out yourself: https://www.stan.com.au/

I have pored over the site. There is no way to find detail on what content the service offers without signing up, in some way.

And then, to add insult to injury, I recently received word of a breakfast event for Screen Producers, that is designed to 'Get to know Stan'. The exact description is:

'Get to know Stan, what their plans are, and how local producers may benefit as Stan Director of Content and Product, Nick Forward, joins...for an intimate and insightful Q&A.'

'Stan' should be clamoring to get local Producers on side for exclusive content deals. Paying to be pitched a streaming service, by a content delivery middle-man, is COMPLETELY backwards.

Which brings us to the real conclusion here.

These middle-men still don't seem to understand. They don't realise they actually have no right to exist.

Delivery platforms exist at the whim of the audience and the makers. As soon as a middle-man starts to believe they have a reason to exist outside of this feedback loop, they are doomed by their avarice.

Are video streaming middle-men seriously going to make this same mistake again? It's as ludicrous as when the 'Quickflix' CEO wrote an open letter to Netflix, effectively saying 'stop allowing Australians to access your cheaper service, with more content available, because it isn't fair'.

Fair to whom, exactly?

If you mistreat your audience/customers/clients/fans/etc, they will cease to support you.

Everyone understands this fact as a matter of pure common sense.

And yet we still continue to expect audiences to accept a second-rate video streaming service, with dated or non-existent content, and say "thank you"?
Oh sure, but keep blaming piracy for dwindling audiences.

- - - - - - - - -
WANT TO COMMENT? THEN BECOME A SUBSCRIBER AND ALSO GET THIS WHIMSICALLY OPTIMISTIC NEWSLETTER STRAIGHT TO YOUR EMAIL.
http://www.openingactfilms.com/contact-us.html
Posted by Unknown at 10:49 PM 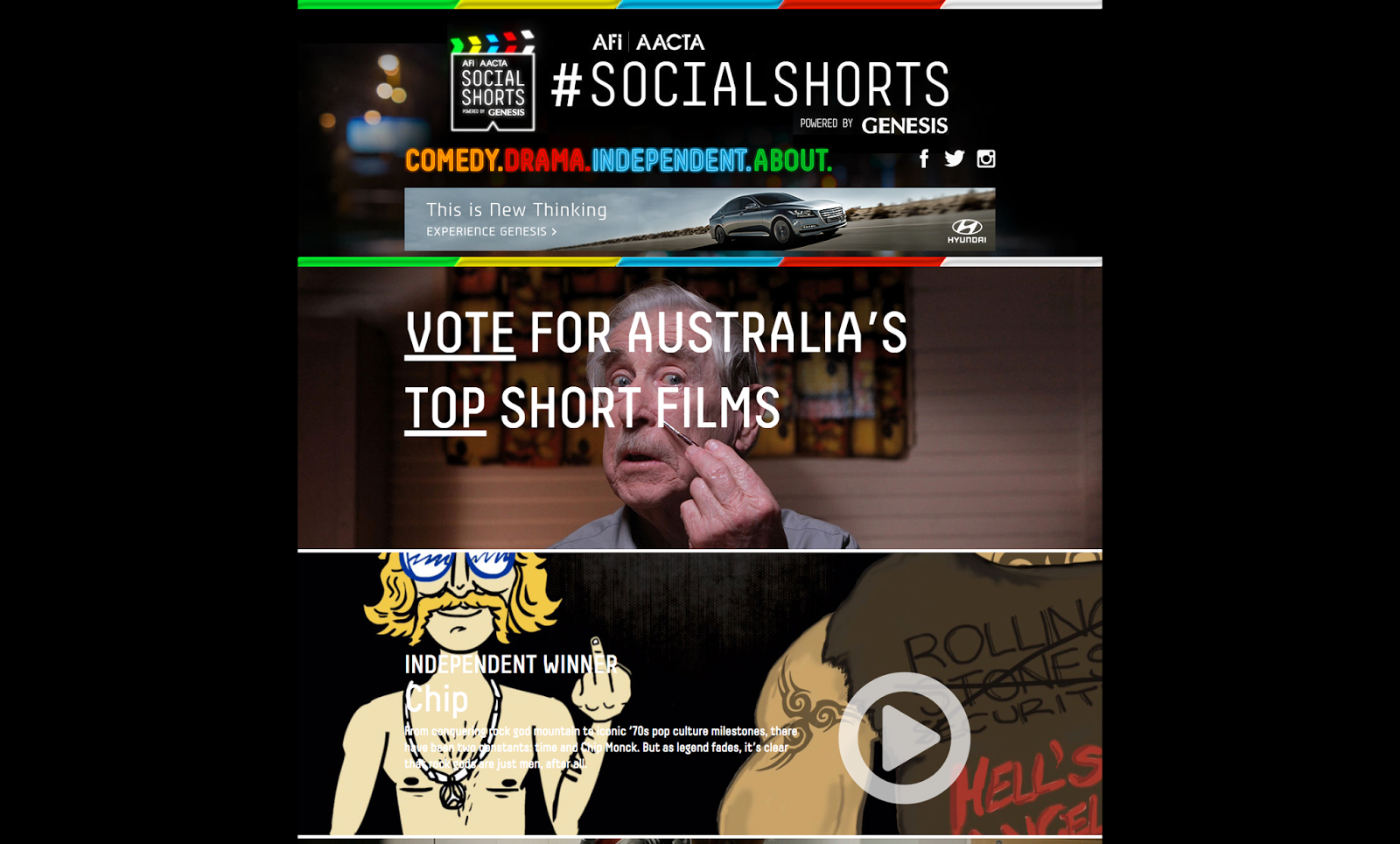 Our film, 'Chip' has won the Independent Category of 'Social Shorts' at the Australian Academy Awards (AACTAs).

The AACTAs are Australia's equivalent of America's Oscars and Britain's BAFTAs, so we are genuinely thrilled and humbled by this award.

We are extremely proud of the film, and very, very thankful for the tremendous support it has received from industry peers and audiences alike.

Pete and the 'Chip' team.