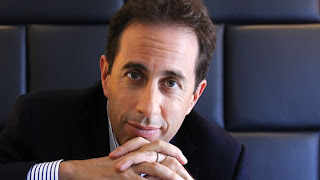 "You see cars driving in New York all hours of the night. It's like Musical Chairs except everybody sat down around 1964. The problem is car manufacturers are building hundreds of thousands of new cars every year, they're not making any new spaces. That's what they should be working on. Wouldn't that be great? You go to the Auto Show, they got that big revolving turntable, and there's nothing on it. New from Chrysler, a space."
- JERRY SEINFELD


We are all connected.

If we didn't know it before, social networking and 'Six Degrees of Kevin Bacon' have made it abundantly clear.

Being connected yields amazing and wonderful things. Art, a rise in social consciousness and economic opportunities we never thought of.

But it also comes with responsibility. If we are all 'in this together', then our ability to thrive depends very much on understanding and improving the negative impacts we have on others.

Something the film and content industries don't talk much about is sustainability. There have been film productions in recent years certified as being 'best practice in their environmental footprint', but generally the effort of being green is given up for economic rationality.

This is a mistake.

Being sustainable is a new idea in it's large scale form. The concept had been around for years, but only recently has it entered the global vernacular.

New ideas always seem too hard or too expensive. They give way to arguments of 'but we have always done it this way', or 'but that will eat into our profit margin'.

Being sustainable, however, is more than just a green ideal. In a connected world, showing that you are an industry that cares about the world you are operating in, and indeed the audience you are trying to connect with, is actually good for business too.

Being certified green has become a standard that companies use to differentiate their brand from the others. This only happens because people respond, with their hard-earned money, to these companies being positive contributors to the world we live in.

It is with great hope then that I read recently about a sustainability idea for televisions and computers, the portals of the content our industry produces.

The idea? Television and computer recycling.

“Hazardous materials including lead, mercury and zinc will be prevented from entering the environment through landfill, and valuable non-renewable resources - including gold and other precious metals - will be saved for re-use.”

This is a big deal.

Think of the environmental footprint reduction of the content industries from this wonderful new development. Precious minerals re-used instead of becoming landfill. Environmentally hazardous materials disposed of responsibly.

For you money counters out there, however, there are also obvious tangible economics to this. A new market comes from the second-hand non-renewable minerals (gold from your televisions, for example). These minerals can be stripped out and sold. This is the obvious benefit.

The less tangible, but just as relevant, economic benefit relates to the Jerry Seinfeld quote above. Just like buying a new car, part of the economic decision people make, on whether to upgrade their television or computer, is based in-part on the guilt of being wasteful.

Even if the film and content industries, including the technology providers, haven't seriously cared about the environment all this time, therefore, the audiences have.

With a new paradigm, where people know that they can purchase a new television or computer without the guilt of the old one being 'wasted', audiences will be more likely to purchase new equipment. As a result, and despite any associated costs with being 'green', this sustainable model is better for the technology providers, not worse.

In the long run, sustainability-led increases in television and computer upgrading are better for the film and content makers too. Newer versions of technology have newer features, usually ones that make it easier to deliver the content that people want; improving the audience experience. Netflix App anyone?

So, in the new world of environmentally sustainable economics, audiences win.

Who wants to keep doing this the old way?

- - - - - - - - -
WANT TO COMMENT? THEN BECOME A SUBSCRIBER AND ALSO GET THIS WHIMSICALLY OPTIMISTIC NEWSLETTER STRAIGHT TO YOUR EMAIL. http://www.openingactfilms.com/contact-us.html
Posted by Pete Ireland at 3:59 AM 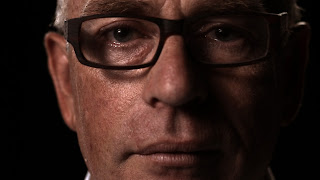 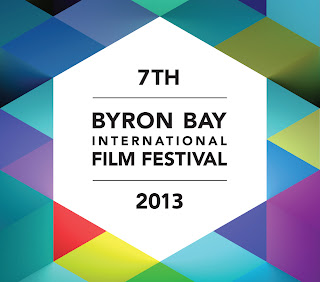 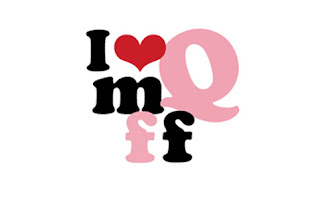 Our documentary, 'Part One: Love' has been selected to screen in the Australian Academy (AACTA) accredited Byron Bay International Film Festival, and the 23rd Melbourne Queer Film Festival.

We are very excited to be selected for both of these wonderful and prestigious festivals!

'Part One: Love' is screening at the MQFF on the evening of Monday 18th March.

The AACTA accredited Byron Bay International Film Festival (BBFF) celebrates its seventh year in 2013. The festival continues to grow, this year screening over 200 films from more than 30 countries with a program comprised of feature films, documentaries, animation and short films that support and celebrate local and international cinema.

'Part One: Love' is screening at the BBFF on the evening of Wednesday 6th March.

Our very own Pete Ireland will be attending both festivals to present the film, and there are plenty of other wonderful films to see at both festivals.

Make sure you get along to see the amazing films they have on offer.
Posted by Pete Ireland at 5:22 AM

A GOOD START TO 2013: CUT YOURSELF SOME SLACK 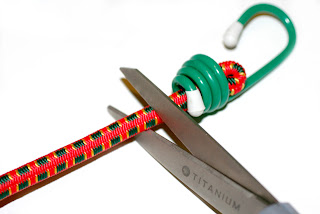 It's scary how quickly the time passes sometimes. We all try and deal with this fact in our own way.

Some people try and rationalise it. Others go for the irrational, the 'live every day like it's your last' idea.

That's all well and good, but everyone has to wash their underpants eventually. It can't all be skydiving and adrenalin.

In this world of seemingly increasing pace, the start to the year therefore tends to be the time that attempted inspiration is in oversupply.

Recently, I was reading an interview from a screenwriter who felt compelled to mention the 'every minute counts' idea in almost every answer. I give the screenwriter his due for attempting to inspire people, but I am starting to believe this mantra is increasingly misguided.

So, rather than complain about it, I decided it was time to provide a possible alternative idea, for those in need of inspiration, to adopt. This can be your mantra for 2013, if it works for you:

CUT YOURSELF SOME SLACK.

Yes, I know we should all be bungie-sky-kite-surfing, while eating nutritious supplements and working in our dream careers, because life really is what you make of it. HOWEVER, the 'every minute counts' slogan has actually turned counter productive, for a very good reason:

The guilt trip of not embracing today is less important than the sum of good work in the long run.

Do you have any notion of how much brain power it takes to support a person counting the seconds tick away, and worse, to worry incessantly about it?

This brain power would be much better spent on whatever it is you are passionate about. Work, cooking, family, or film.

Does feeling guilty about not spending every single millisecond on your dream project actually yield any positive results?

The answer, of course, is no.

And worse, the guilt can spawn negative behaviours, like working extreme hours to feel a perception of progress. Often, spending two or three intense hours on a project can yield more quality work output than spending copious 'unfocussed' hours.

But you ignore the impulse to stop for the day and get some rest, even though that would lead to better work overall. Why?

Because you have been told that 'every minute counts'. Until now.

CUT YOURSELF SOME SLACK. The guilt trip of not embracing today is less important than the sum of good work in the long run.

To get you started, I will show you how it's done.

I have a day job. There, I said it. In film and creative circles, this tends to be a source of shame. Others try and make you feel bad about it because you are not a 'true professional', earning your living off of your creative work. So today, instead, I am officially embracing it. Even though it means that I have to spend time away from working on my film projects. I am blessed to be able to live, eat, pay my rent and make films on the way to a sustainable career in film. What an amazing thing that I can be allowed to do that, when so many in the world have nothing.

So, I am officially cutting myself some slack. I won't feel shame or embarrassment for it anymore.

Besides, this need to have other revenue sources, while a film is being put together properly, is starting to permeate even Hollywood:

And as for you, stop berating yourself if you don't get everything done in a day.

Know that your career is only over the day you stop creating and working on your craft. Whether it takes you ten years to write that great script or 10 weeks, your process is yours to own.

Just make it great, and the outcome will justify the means.

But in the mean time, cut yourself some slack. You'll be happier and your work will be better for it.

- - - - - - - - -
WANT TO COMMENT? THEN BECOME A SUBSCRIBER AND ALSO GET THIS WHIMSICALLY OPTIMISTIC NEWSLETTER STRAIGHT TO YOUR EMAIL. http://www.openingactfilms.com/contact-us.html
Posted by Pete Ireland at 11:34 PM 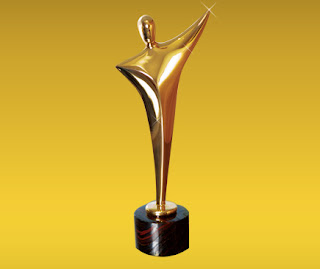 Pete Ireland, the Opening Act Films founder, and his colleague from RunTime Pictures, Tony Radevski, attended the 2013 Australian Academy Awards (The AACTA's). Here are a few shots we took in the midst of talking, applauding the winners (and nominees) drinking and after-partying. 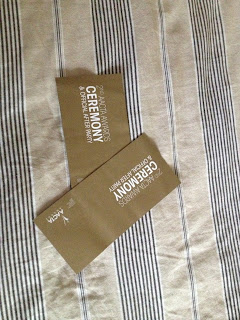 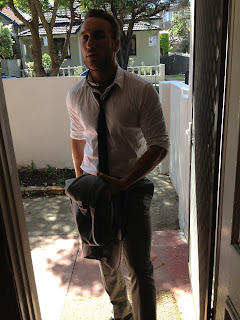 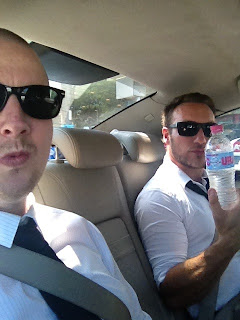 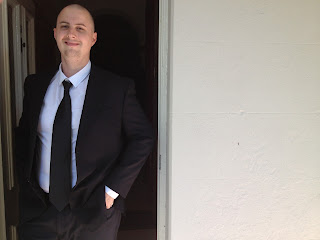 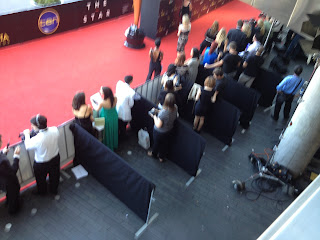 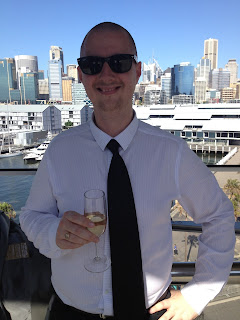 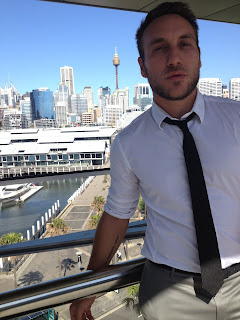 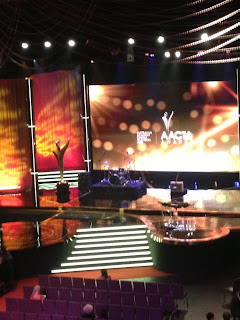