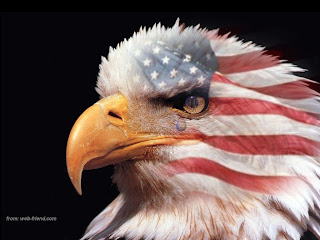 This is a little later than usual, but I am still on my jaunt overseas. It has given me some tidbits to share.

NY is an interesting place. LA is downright strange.

America is full of Americans, but that's not necessarily a bad thing.

Overall, the experience has been so varied, so I am really not sure what I think of the USA.

They are capable of so much and so little at the same time, e.g. they can find a single person in a world of billions, yet they can't master basic world geography.

They are obsessed with pretense, yet can produce some of the world's greatest thinkers and scientists (google Jonas Salk)

After talking with quite a few of them, in a variety of random situations, I realised that the key to understanding Americans is the idea of the 'Niche'

Americans are not about breadth of understanding. They are about 'depth', that is, deep focus and understanding on a single (or very few) subject. Talk to an American and they will bamboozle you with words that show how little they know about things generally. But hit on their niche subject and they will tell you EVERYTHING about it, with a richness and depth of detail that seems beyond belief.

On a normal hot day in LA last week, I had a conversation with a guy who led me, inexorably, to the conclusion that he was missing one (or more) chromosomes. But when the conversation inevitably turned to the comic book universe, his pupils widened and he spoke with detail that even a savant would struggle with. He even knew about how certain storylines in the comic book world were an allegory for events in the real world. When this part of the conversation finished, however, the familiar glaze returned and he went back to using phrases like "Y'now ya?"

I realized then, that for those of us trying to tell stories that have appeal in America (and can therefore sell - it is the biggest film market in the world, after all) you need to be extremely skillful in your craft, in order to tell a story that appears to be simpler than it is. Americans need a high concept story that fits their niche, in order to appeal to their singular focus. That doesn't mean it can't have more layers, but in the end the story needs to be about...well....the story, not the social point you are trying to make. That's not to say that you can't make your indie gem and sell it in the North American Territory. But it will be difficult, and your story telling skills will need to be razor sharp to make sure it has enough of that overarching story 'niche' to make them see it.

Think I am over-intellectualising? Look up: Xmen (racism), and The Matrix (corruption in 'the system'). Even Pirates of the Caribbean (the corrupted empire/accepting who you are), had these elements. If I'm wrong then why is Johnny Depp's character the good guy; the one we sympathize with?

According to www.the-numbers.com (worldwide totals in $US):

Determine your high concept. Know your craft. Preach in the subtext only.

Find the niche.
Posted by Pete Ireland at 8:02 PM 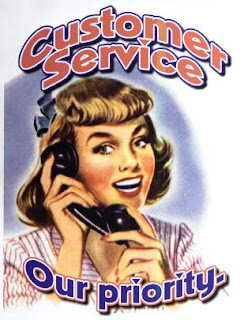 It makes you feel like a VIP, even when it is just a few less pickles on your cheeseburger. You ask for something different from the masses, and you get it. With a smile.

We all know the opposite. When someone treats you like a faceless, nameless whine at the other end of a telephone.

On a related note, I am writing this from my desk in Sydney, though I should be sitting in LA. Tired, but in LA none the less. United Airlines called me on Friday to let me know that my Saturday flight had been cancelled and rescheduled 24 hours later. They gave only one reason: "adverse weather".

I looked outside at a beautiful May day.

I am no expert on planes, but blue skies, no storms and no wind seems fairly benign. I never did finish that degree in aeronautical engineering, though.

Their response to this point is not worth repeating, safe to say I got a very clear brush off. So I called our travel agent. Another brush off. You see, travel is a 'defer responsibility' culture these days. Why else do you think there are so many travel insurance agencies?

I was left thinking, have they forgotten who keeps them employed?

It reminded me of a Director who asked a question at a Michael Hague seminar I attended. Hague was talking about his experiences providing High Concept script consulting for the big players at the major Hollywood studios. The Director felt compelled to pipe up:

"Does this mean that to use your High Concept method I have to make American-type movies?"

Hague answered it wasn't about being American, but about your story having enough universal appeal to reach the largest possible audience. A diplomatic answer, but an answer all the same. She replied:

"Well that's not the type of movies I want to make"

The audience grumbled their disapproval, but it's a point that I still think about. Is she right?

In Australia, I have heard this same point made by a number Filmmakers. The usual statement is: "I make movies for me".

It begs the question, should an artist create something in response to the will of the mob? Or will the mob follow the artist?

The answer really depends on you. Can you innovate within the paradigm? Can you reinvent the paradigm altogether? Either way is a path to success. More importantly, either way you can keep sight of your "customers", whether they exist today or when they flock to you when they realise how good your work is.

For me, I only know how I felt when United talked to me like a noise that needed to be turned down. I also know I will never fly United again, if I have a choice.

So, the one rule I am sure of is: lose sight of your audience at your peril.
Posted by Pete Ireland at 9:11 AM

SHOW ME THE MONEY!! 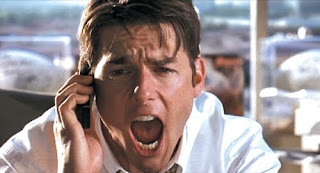 The time of year when everyone has their hand out has come and passed. Wayne Swan broke a glass, Tony Abbott delivered another incomprehensible tirade about nothing in particular, and Julia Gillard delivered a speech in her most stirring rendition of Kath (from the "Kath and Kim Show") yet. The world moved on.

An interesting update came into my inbox, however:

It explains in great detail, the lowering of the qualifying level for the Producer Offset; the new direct cash incentive for low-budget documentaries and the expansion of items which account as qualifying expenditure (the wonderfully titled 'QUAPE'); among other things.

What does this have to do with you?

The answer (even if you are a filmmaker) is: very little.

And that is exactly the point. Something has disappeared in our society. Everything has become so granular.

Nobody talks about vision, direction or future anymore. They talk about micro-level tax incentives.

The only people who talk about the future are the ones trying to sell you something. The only ones who have a vision are the people developing new consumer technologies or thinking about how many shekels you will have when you retire.

The already established players care about this announcement. Hell, their powerful lobbying made it happen. But we don't get to play in their sandbox. The rest of us are left begging for change from the people we used to call "leaders".

I'm not saying that these tax incentives don't help people get their film projects off the ground, but if your entire business model is based on handouts from the government, you are in the welfare business, not the film business.

Nobody talks about constructively about the future anymore, least of all the ones who shape it: the storytellers.

Except you. Right?
Posted by Pete Ireland at 7:24 AM

AN ALTERNATIVE THEORY OF CREATION 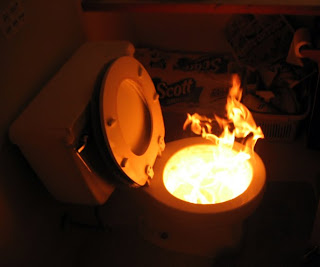 Many years ago, in an office block far far away from here, a non-specific, non-demoninational deity who went by the name God (but was also known as Allah around the office) had just finished compiling his weekly reports for his boss, Zues. By 10am God had completely finished all his work for the day, and was now meandering around the office looking for something to entertain him. Buddha, his colleague, was in the staff kitchen as always. God gave him a polite nod on the way to the kettle, made a cup of generic brand tea, and returned to his desk to while away the rest of his day.

By 10:07, God had completely run out of ideas on how to maintain interest, and possibly consciousness, for the rest of the day. Luckily, he had completely finished his tea and the liquid had swiftly made its way down to his bladder.

As God relieved himself in the office men's room, he realised exactly how filthy the toilet cubicle was, and made up his mind to report it to the facilities manager. He read some dirty limericks scribbled onto the wall above the toilet roll holder, and gave a purile smirk at an obscene yet utterly comical doodling on the back of the door.

As he squeezed off the last few drops, he concentrated a little harder to push out his customary fart. Suddenly, at the height of his concentration, a lightning bolt shot out of the end of his 'ahem' and made a direct hit on the toilet bowl in front of him. After a moment to reclaim his senses, a quite stunned God leaned over and looked into the toilet bowl.

Apparently, the sudden jolt of electricity had catalysed whatever microbes were swirling around in.....well...you know. The result was a kind of instant primordial soup (for the soul).

God stood amazed as tiny creatures began to form and multiply. They swam around in the primordial soup, looking at each other and asking poignant questions like - "what am I?" and "Why am I here?".

His creations looked up in reverence and gratitude for their omnipresent and benevolent creator.

After seven minutes, God realised he had to be back at his desk or Zeus might notice his absence. Buddha would probably tell on him. He was always making trouble.

God looked down one last time on his creations, flushed, and never gave it a second thought.

Just to put things in context.
Posted by Pete Ireland at 9:07 PM 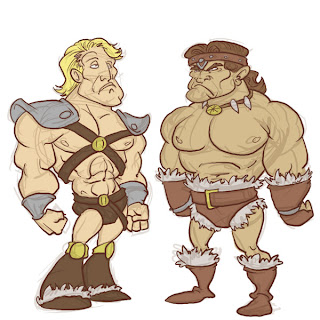 The events that have unfolded in the last twenty-four hours have cast a horrible light on us as a civilisation.

I am just sad. Not for him, but for the world.

We have reduced ourselves to the masses, baying for blood. Like the Romans at the Colosseum, cheering the burning Catholics.

He was a psychopath, and he earned the consequences of the life he lead. But what have WE lost in this war on terror and what does it mean that we call killing someone an "achievement". How did we lose our way so badly?

Insetad of celebrating, could we not just acknowledge the chance for the wounded to heal and turn the page? Show our dignity instead of our barbarism?

The whole thing plays out as a tragedy to me. And everyone loses.
Posted by Pete Ireland at 9:22 PM