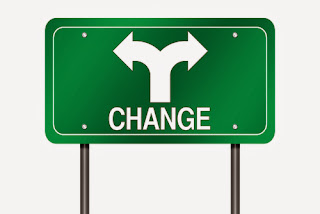 I've got to stop getting into internet debates.

There's not enough hours in the day.

It always starts so innocently. Someone posts an article and there is some friendly banter. Differing views, perhaps, but still cordial.

And then one genius always joins in to spoil the broth.

When it is simply their opinion, I usually just let it slide. But when the proselytiser claims something blatantly false as fact, I can't help but get involved. I consider it a civic duty. It's our responsibility that Trojan horse half-truths are corrected when they are aired publicly.

So, the latest debate has been occupying me on and off for hours, particularly because it is about the future of content in a streaming world.

As background for you, streaming services for music have been quite a battleground of late. The most famous of them, Spotify, seems to polarise the most; garnering serious praise and serious criticism in equal measure.

The latest salvo was fired by successful musician David Byrne, with his recent diatribe about how Spotify is bad for emerging musicians, given the amount it pays in artist royalties is so low.

This was the article that began the Facebook debate.

I took interest because film is going through the same transition with the growth of streaming services like Netflix. My response was, as I said, respectful:

ME: Good article. Problem is we won't know the answer for quite a while. The article says Spotify has 24 million users. In a world of 6billion, that's a pittance. Until these services hit real critical mass, and have revenues worth sharing with artists, then we won't know if they are a force for good, or not. A services that has 2 billion users, and shares the revenue from them with artists on a proportional/popularity of streams basis, could be something really great for artists. Watch this space

The responses I received were equally thoughtful, but polite.

And then, the zealot decided to speak up:

ZEALOT: 100 million listens (to a song on Spotify) equals $26K (in royalty payments to artists), that is not a sustainable model by any stretch. he isn't jumping the gun, he is trying to enact a change which needs to be made for future generations. he states he isn't writing the article for himself, it's for other artists, up and coming artists that aren't being allowed the opportunities that he was fortunate to have. it's a good thing to have the old guard defend the new wave, hopefully it is a discussion that will lead to a more equitable system.

Seeing an opportunity to correct a misunderstanding about how the royalty payment system works, I responded:

ME: It's not about the number of plays, it's about the number of paying subscribers. That's what determines the revenue pool to be distributed to artists. Currently that sits at only 24m active users and 6m paying subscribers for Spotify (http://www.theguardian.com/technology/2013/oct/07/spotify-thom-yorke-dying-corpse). 6 million paying users is ANEMIC in a possible pool of so many in the 'developed world'. Again, until these services hit critical mass, there is no point making a judgement against whether they are good for artists or not.

Cleared that up, I thought. Not to be deterred, the zealot replied:

ZEALOT: 6 million paying users at $10 a month is 3 quarters of a billion dollars a year, i mean i don't know what critical mass means to you but how much should they be making before they should start paying artists more than 0.009 cents a stream (i.e. per song play)? 5 billion a year? 10 billion?

Seeing the tone change, and noticing this starting to turn into a conversational loop, I replied:

ZEALOT: 26 thousand dollars for over 100 MILLION listens. you're just hearing what you wanna hear, i get what you are saying but you aren't listening to my point

Do I walk away? Do I take a nap and ignore the response?

No. I was too too deep into the rabbit hole to leave now. So I responded:

ME: You're not listening. It's not about the plays. The plays are irrelevant. The plays determined the proportion you get. The size of the pie, i.e. how much there is overall to distribute, is determined by the number of subscribers.

To give the zealot their credit, this last point finally seemed to have sunk in. But defiance is a strong mistress, leading to this reply:

ZEALOT: what you're saying is all these artists on there now should just wait around like idiots until it can be equitable, the service just shouldn't exist if it's like that.

Finally sensing that this could be a debate with no end, I thought it time to deliver something with a little more certitude:

ME: Yes, the artists will have to wait around ('like idiots' if you want to call it that) for the service to be stronger financially. Just as it was when CD's replaced vinyl. VHS took out Beta. DVDs wiped out VHS etc etc. It is not a new phenomenon that platforms take time to find their footing. It's only in the current period that everyone expects an instant payoff. But it doesn't work that way, and it never will.

And with that, I was free.

Now, you can take two points from the above discourse between a random internet stranger and I.

Two, moaning about the current market situation for the film, content and music industries, as if it's the new normal, is a serious waste of your time.

It's not the new normal. The current environment for filmmakers and visual storytellers will not be the final paradigm - we are in transition!

Are you old enough to remember when movies were only available via VHS tapes? Then DVDs came along and made VHS extinct. Yes, there was short term pain and expense in updating your VHS to a DVD player during the transition. But, over time, we realised that DVDs could be cheaper and the visual quality was better. Who would go back to VHS?

Times change, however. DVDs are on the way out. Now it's online, streaming services and mobile devices taking over.

Yes, there is some transitional pain again as DVDs fade away into retirement. DVDs made a A LOT of money for the film and television industry, because they were popular and cheap to make. But that's in the past, and no-one is served by lamenting this lost love affair. The DVD cash cow is gone. Forever.

Streaming services will pick up the slack, but it will take time. Streaming services only provide a viable financial return when there is enough paid subscribers to the service. For filmmakers, Netflix is starting to become a viable option, care of it's 36 million paying subscribers. It can only get better from there.

The same for Spotify in the music world. Once more people, than a paltry 6 million, start paying for the service, everyone will win, audiences and artists alike.

That's the only certainty when it comes to transition. The other side has always been better in the end.

Change is hard. It always is. But there will be a sunset.

- - - - - - - - -
WANT TO COMMENT? THEN BECOME A SUBSCRIBER AND ALSO GET THIS WHIMSICALLY OPTIMISTIC NEWSLETTER STRAIGHT TO YOUR EMAIL. http://www.openingactfilms.com/contact-us.html
Posted by Opening Act Films at 12:04 AM