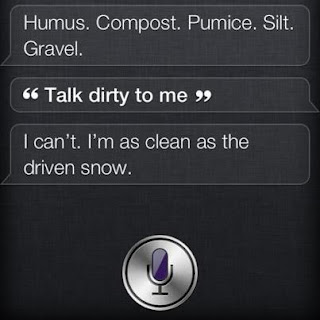 Australians pay 30% to 70% more on iTunes than Americans do for the same content.

But that's not the secret. Anyone with a computer can find that out.

The dirty little secret was actually revealed by the man in charge of Apple Australia, Tony King.

At an inquiry in Australian Parliament on the pricing of Microsoft, Adobe and Apple products in Australia, Mr King revealed:

"The pricing of this digital content is based on the wholesale prices which are set through negotiated contracts with the record labels, movie studios and TV networks".

"In Australia, they have often set a higher wholesale price than the price of similar content in the United States."

"(In the digital age) the content industry still runs with perhaps old-fashioned notions of country borders or territories or markets. (This) creates confusion for customers"

He went on to say that Apple had pushed for lower Australian pricing with content owners, to no avail.

Now, to people within the film and music industries in Australia, the above is not new information.

To the Australian public, however, this is a revelation.

You see, it is really easy for the general public to blame Apple for the price differential between geographic regions.

Apple are the flashy, know-it-all, hipster face of tech and content distribution.

Apple was also the first-mover, from the established players (I'm ignoring Napster and P2P file-sharing services at this point), to create a usable online content store for legal downloading.

In that sense, Apple is the well-dressed, smarmy guy/girl in the room, who loves to tell you about their success. When these kinds of people miss-step, the world loves bringing them down a peg.

And so it is with Apple. Schadenfreude of the highest order.

The real culprits for the price differential between geographic regions, of course, stay silent.

Why get in the way of a public grilling that should be directed their way?

But Apple know they are not to blame. And now they want you to know too.

According to Apple, it is the MAJOR COPYRIGHT HOLDERS, like the big Hollywood Film Studios, who are making you pay higher prices.

The little independent filmmakers are not to blame. They don't have the negotiating power to cause such a differential.

From my perspective, however, Apple is only half right.

The problem is actually bigger.

You see, price differentials for movies don't just happen in the online world, like iTunes, but also in the physical world of cinemas as well.

In Australia, the viewing public are shaken down for every last cent at both the cinema and in the online content stores.

There are two bandits in this enterprise. THE EXHIBITORS (i.e. cinemas) and the MAJOR COPYRIGHT HOLDERS (i.e. Hollywood Studios).

The exhibitors empty your left pocket at the cinema, and the major copyright holders empty your right pocket when you try and purchase a film later on DVD or online.

What has Australia done to deserve this treatment?

This issue is all about the big, well-established players in the film industry, the titans, wanting to make as much money as possible.

I have actually written about the exhibitor side of this problem before and, from the looks of things, little has changed.

Exhibitors continue to enforce outdated geographic restrictions on film releases internationally. The Quentin Tarantino helmed 'Django Unchained', for example, was being discussed ad nauseum for months in America, when it hadn't even been released in Australia.

There used to be a good reason for this difference in release dates worldwide. Once upon a time, a film was geographically restricted because it only had so many copies to screen in cinemas. Once all the copies ('prints') were finished being used in America, they were shipped to Europe, then Asia, and so on.

Today, the film can be sent as a high-resolution digital file to screen immediately, all over the world. There is no real point to geographical release restrictions anymore.

...to maintain a false scarcity of the film and keep ticket prices artificially high, fleecing the audiences for their money.

Then, once the film has finished in the cinemas, the Major Copyright Holders continue to maintain outdated, higher 'non-theatrical format' prices (i.e. DVD and online prices) for the film in different regions. There used to be a good reason for this too. Shipping VHS tapes and DVDs to far away locations, like Australia, was expensive. The cost of the additional shipping and handling was therefore passed on to consumers.

Today, the film can be downloaded from online stores, instantly, with no shipping costs, no physical product and no logistical overheads (aside from the computer infrastructure, e.g. the hardware, software and labour that Apple use to maintain the iTunes store). There is no real point to price differentials between regions anymore either.

...to maintain a false 'price floor', and therefore keep prices artificially high, fleecing the audiences for their money.

And they wonder why people are not 'morally' challenged by pirating films? The audiences have been mugged for so long, they feel no moral obligation to put money into the pocket of the bandits.

And sadly, I can't blame them.

But the biggest players in the film industry don't seem to care.

Even if it means encouraging every last person to pirate, they will squeeze every last dollar out of audiences while they can.

Because they are big public companies with shareholders.

Because the people currently in charge of these film industry titans know they won't be around when the whole thing comes crashing down.

They will have cashed in their chips long before we have to clean up their mess.

And that, my friends, is the dirtiest little secret of them all.

- - - - - - - - -
WANT TO COMMENT? THEN BECOME A SUBSCRIBER AND ALSO GET THIS WHIMSICALLY OPTIMISTIC NEWSLETTER STRAIGHT TO YOUR EMAIL.http://www.openingactfilms.com/contact-us.html
Posted by Opening Act Films at 11:58 PM