After being selected as a finalist for the Blue Mountains Film Festival, patroned by film critic god David Stratton, The Good Neighbour won Best Drama! 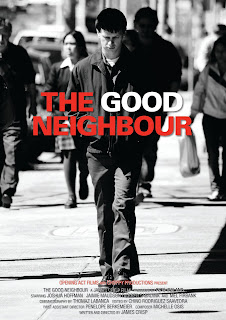 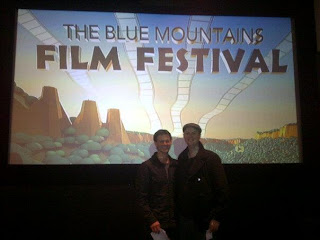 This was a wonderful surprise, given this was the film's first festival selection.

At the awards ceremony on 15 October, The Good Neighbour was nominated along side The Telegram Man (a short film with Gary Sweet, Jack Thompson and Sigrid Thornton) in the Best Drama and the Festival Grand Prize categories. The Good Neighbour was awarded the trophy for Best Drama, and I proudly accepted the award from actor Josef Ber (from TV's "Rush") and MC Kitty Flanagan. 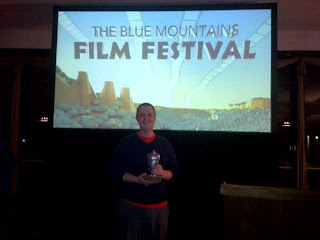 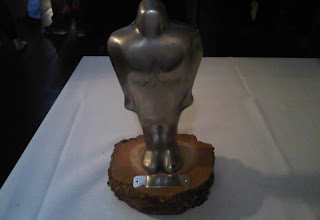 The award was nice too. 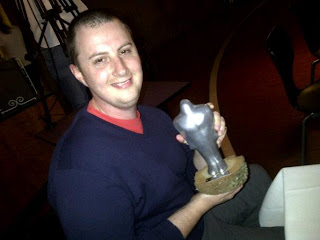